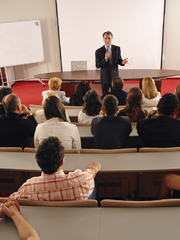 You can't be passive when you learn a language

Most people think that learning the English language (or any language) is one of the most difficult things to do -- they're wrong. Disagree? Well hear me out and understand that I don't want to trivialize language acquisition. My point is that people study so inefficiently, ineffectively and learn from teachers who haven't been trained well to teach languages. Thus, students and teachers often focus on methods already proven to fail by those of us who have tried unsuccessfully to learn a language. Educators and learners concentrate on memorizing gigantic lists of upper-level vocabulary, obscure grammatical rules and unnecessary testing. All the while they fail to understand that learners must speak the language and use it as a necessary tool of communication.

I am not exempt from this harsh reality, so let's look at my experience for example. From Ohio, I am a native English speaker, and during my undergraduate years at Miami University, I studied French which I found very easy. I could memorize vocabulary lists quickly, incorporate grammar rules easily enough into my writing, and French syntax (word order) is quite similar to English. On top of that, the pronunciation wasn't too difficult.

The result of this accomplishment? I felt very proud of my progress learning a language for essentially the first time. (This excludes two absolutely useless years of Spanish in high school.) In French class, I was more advanced than my classmates and I was getting A's. This continued into my second year. Yet, looking back now I wasn't being 100% honest with myself when I said I was learning French well.

Yes, even though my scores were above average and even though the classes my second year were taught entirely in French (by a professor from France), I wasn't being honest because I didn't speak French well - at all. And that was my goal; I wanted to become fluent and have conversations with people in French. I dreamed of living in Paris, even if just for a study abroad program. Instead, we spent most of our time listening to our professor lecture or to CD recordings of scripted conversations. It sounded like this...

Classes were certainly not a direct path to fluency by any means. We read new grammar rules, vocabulary and stories in our textbooks and we could raise our hands to give an answer sometimes, but responses usually consisted of just a few words or a sentence or two at most. We'd also perform group activities where we'd get together and discuss (in English!) what our group would present to the class. Then the leader would do most of the talking for a 1 minute speech. However, as you can guess, that didn't make us fluent.

So I did all of that to participate the way I thought I was supposed to: I raised my hand to answer frequently and often led my groups, I studied vocabulary intensely and also focused on grammar for homework, but that was the wrong way to learn French. And it's the wrong way to learn English too. (Before moving forward, I'd like to note that I really did like my professor; he was very kind, quite smart and well-intentioned. He just hadn't received proper training.)

The proof that my learning was inefficient and ineffective came during the last French class I took at Miami. The course was out of sequence and above the level I should have taken. However, I thought I could handle it given my previous success. The course topic was something like "French Colonialism in Africa," and the medium by which we learned was French comic books. (The kind of books you were required to order from France at $25 a pop - 6 books or so.) I was in for a big surprise because the students were way above my level, many had studied abroad and other had been in classes where conversation was required. I struggled just to keep up listening to their conversations with the professor.

This class was taught properly. The professor read the same text as the students, provided assistance with difficult language and grammar, but focused primarily on discussing the content of the text and what it meant. The class size was smaller than my other classes, and students were expected to do the bulk of the speaking. As such students could speak for long periods of time and get good practice without interruption. 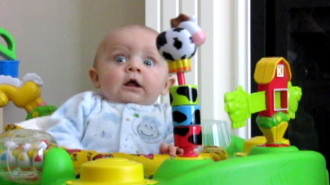 My other professors should have prepared me to use the French language, to speak French, not to sit passively and listen to French. But they hadn't, and in my new environment I tried to speak, but I was way too far behind the other students. I sat in class thinking of the random vocabulary words I had learned and how to properly phrase a small, insignificant sentence. It was actually quite frightening; I allowed the fear to consume me. I felt paralyzed. Having the feeling that I couldn't catch up made me drop out of my class and quit, though my grade was still a B- or C+. It was the only time I've ever given up on learning a subject. 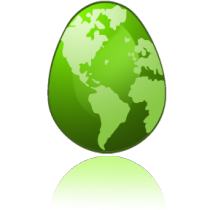 I don't blame my French instructors because what I recognize now is that a majority of teachers, professors and educational programs around the world have it wrong. Throughout most of the world what I've both heard about and observed is that language is taught by shoving 1000's of words of vocabulary down your throat and by teaching you endless grammar lessons. Or you're supposed to sit there listening to CD's of people acting out scripted conversations. Or you get taught using your native language as a crutch instead of enabling you to learn it all by simply talking.

What we really need is a revolution in the way language is taught so that educators have proper training on language teaching and feel empowered to teach to fluency. Skype English Class Now is trying to be part of that change. We offer 1:1 English classes that revolve around developing fluency by teaching you the concepts you'll need to understand (such as Collocation, Word Stress and English sounds) and providing you with more than ample time to practice your skills through conversation. Let's face it - no one learns a language so they can write a letter to their penpal; they learn for travel, experiencing a culture, business and job opportunities, etc. All of that requires fluency. And yes, we also provide mini-lessons within our lessons to develop your vocabulary, grammar and overall language skills.

Once I figured this out in Korea, I started to use this approach to learn to speak Korean - and I must say it made a huge difference. I started forcing myself to speak for at least 30 minutes daily (with taxi drivers, store clerks and my wife :). My Korean improved dramatically. Instead of only being able to speak half-phrases and the same 1-2 sentences at a time, I began expressing myself in Korean.

Apply this method to English or any other language you're learning, and I'm sure you'll see results develop exponentially faster than with conventional methods. Sign up for a free class with us using the link and see for yourself!