My mom is laid back. She stays cool even under the hardest of circumstances.

Andorra is landlocked between Spain and France.

Last but not least:

Introducing a person or topic at the end, but emphasizing that he/she/it is still important.

And last but not least, my best friend, Bill!

To do everything possible to find something or solve a problem.

I will leave no stone unturned in my search for my cell phone!

An incident or experience that creates a bad memory.

His attitude left a bad taste in my mouth. I didn't want to see him again after that.

No matter what the situation, she's always levelheaded.

Walmart is such a giant company, so it's really an unlevel playing field for small businesses.

Let off some steam:

To release anger by talking.

Since you had such a bad day at work, do you want to talk about it and let off some steam?

Let The Cat Out Of The Bag:

I didn’t know Kim didn’t tell anyone yet! I really let the cat out of the bag.

In a crazy way.

Those boys were running around like chickens with their heads cut off. 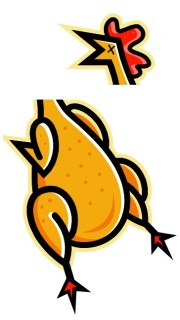 To get them drunk.

She liquored him up before she broke up with him.

A person who is out of control and could do something dangerous or harmful.

That John, he’s a real loose cannon. Watch out for him.