Much or Many is a confusing choice that ESL learners have to make when they are speaking or writing in English. It's really not that difficult once you get the hang of it. The key is to focus on your noun - is it an uncountable (non-count) or countable (noun)?

Once you determine which one your noun is, you can choose. 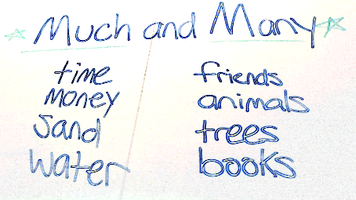 You should watch the video for a more detailed explanation.