Someone with very good vision.

All the students knew the teacher had eagle eyes, so they didn't dare cheat during the test!

To make enough money to support yourself.

She earns her keep by teaching private English lessons.

To stop putting pressure on someone.

Ease off on him! It's his first day.

When it's easier to talk about something than to do it.

I see that we've got a plan, but haven't started the project yet. It's easier said than done I think.

Encourage someone (often to do something bad).

If you keep egging him on, he's gonna jump!

Elephant in the room:

Something obvious that no one wants to talk about.

Hey guys. Elephant in the room--I'm pregnant and haven't told you because I didn't want you to fuss over me or treat me differently.

Ethnic cleansing is probably the worst evil humanity has created.

Everything but the Kitchen Sink:

Almost everything is included.

The nachos were called, “Everything but the Kitchen Sink.” They had cheese, black olives, green peppers, jalapeno peppers, tomatoes, onions and salsa. 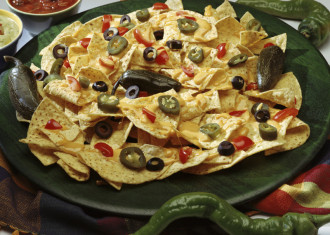 Before someone cusses (curses) they say this.

Exception to the rule:

Something to which the rules don't apply.

Most people are boring, but I'm an exception to the rule!