Jack of all trades:

Somebody who can do many different kinds of jobs.

He can fix the refrigerator, balance the company's checkbook, and cook gourmet food. He really is a jack of all trades!

Jam on your face:

When somebody is embarrassed or has been caught doing something wrong.

The student had jam on his face when he was caught going through the teacher's desk.

The name given to a deceased person at the hospital or during legal proceedings.

The police found the body of John Doe after midnight last night.

Cross the street outside of the marked area or without using the signals. 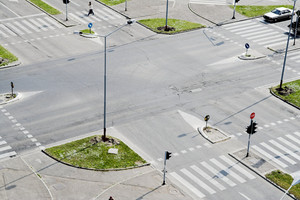 Someone who travels around the world in airplanes to attend parties and functions.

I'm a jet setter. I will be at another party tomorrow night on the other side of the world!

When many people are competing to prove that they are the best candidate for a position.

All the new employees are jockeying for position because they want to impress the boss.

To help someone remember something.

I can't remember the last time we saw each other. Can you jog my memory?

Please put your John Hancock at the bottom of the contract.

Joking with. *NOTE* This isn’t a common idiom, but people say it to or around friends named Josh.

He’s just joshing you! Don’t worry about it.

To start something too soon or early

I don't want to jump the gun and leave my current job until I know I have a position at the other company.

To make great efforts and do tasks to please somebody.

You have to jump through a lot of hoops to get that job.

Just what the doctor ordered:

Exactly what is needed.

A day off after all this hard work is just what the doctor ordered!