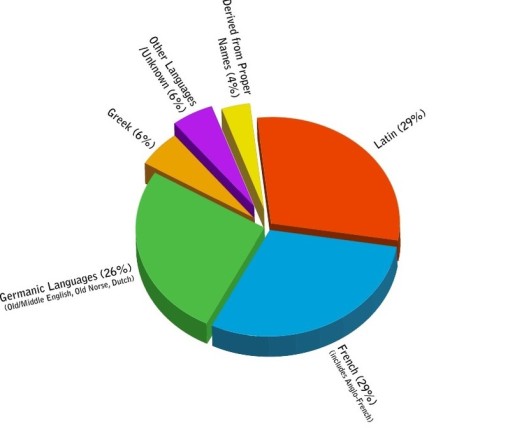 As you can see from the pie chart above, English words have their origins in many languages, and the heaviest influences are Latin, French and Germanic languages. This helps to explain why English has so many challenging rules and exceptions, as well as the diverse origin of English vocabulary.

Let's look at some specific examples. For instance, you may have learned that to make words ending in letter o plural, you should add -es. However, what about piano, video, tattoo? Those words are exceptions; we just add -s. That's because of word origin: piano (Italian), video (Latin mixed with English), tattoo (Dutch). 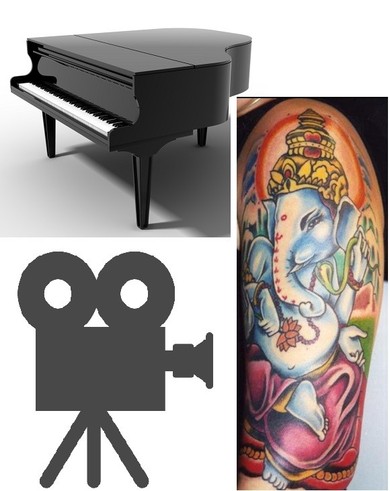 A slew of other words also refuse to follow the rules. For instance, the plural form of phenomenon is phenomena (Greek and Latin).

The challenges also exist with pronunciation. For instance, fiancé (fee-ahn-say) is spelled similarly to finance (fI-nan-s), but you can see they have wholly different pronunciations. Fiancé comes from French, while finance is a mix of French and English.

Genre (meaning type or kind, usually for literature or film) and cache (something being hidden) have French origins, so they sound like zhan-ruh and cash. 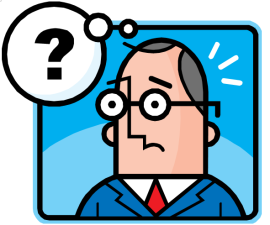 So you're probably thinking, now what? How will I ever learn English? Should I study French, German and Latin? Well don't be ridiculous! You don't have to do that. You see, all languages have rules and exceptions because of word origin, collocation, etc. You succeed in learning English by speaking and using it often and correctly. To do that, you'll need a techer who can teach you the proper English sounds as well as the most significant concepts (such as word stress) that build the foundation of your fluency.

Absolutely the most important way to improve your English is to speak as often as possible, as I've said a million times. Speaking English teaches you vocabulary, structure, appropriate usage and context, grammar, pronunciation, idioms, slang, etc., etc., etc. Get a free class now!