One very effective and efficient way to learn English quickly is to learn useful words and phrases. Many ESL students tend to focus on just learning grammar. While using proper grammar is very important if you want to be a fluent English speaker, thinking about all the grammar rules while trying to speak is obvisouly very cumbersome. After all, who can think about all those technical grammatical details while trying to express an idea, which might be equally, if not more, complicated?

Additionally, who has the time and patience to sit and memorize lists of new vocabulary words? It is tough to learn all those words, but easy to forget! We here at Skype English Class Now think that's both boring and ineffective.

There's one important key to help you learn how to speak quickly--context. Generally speaking, since the way people think is based on context, it's important to use context to your advantage while learning English. This might sound complicated, but it's not. Let us explain with a simple example.

When we were young students ourselves, we had to learn about the planets in the solar system in science class. 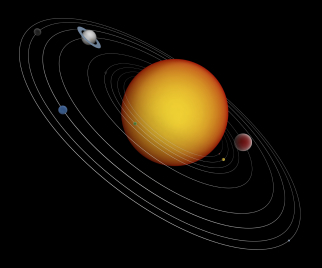 Our teachers wanted us to know the names and order of all the planets. In order to help us memorize this information, they gave us a mnemonic device. All we had to do was remember the statement, "My Very Educated Mother Just Served Us Nine Pies." The first letter of every word corresponds to the first letter in each of the planets: Mercury, Venus, Earth, Mars, Jupiter, Saturn, Uranus, Neptune, Pluto.

A mnemonic device helps you remember something by using context. It's very easy to remember a simple sentence about mothers and pies. It's much harder to remember an arbitrary list of words.

Take a moment to think about how your memory works. It's actually all based on context! Have you ever smelled something that reminded you of an event from your past? That's because your memory made an association about that event using that specific scent! That information is contextually connected in your mind! Interesting, huh?

That's why we suggest that you look over our list of useful words and phrases for ESL students. The list will be a little more than just a word or phrase and its definition. We'll also use that phrase in a sentence, so that you can see it in context. We'll also talk about what situations (i.e. contexts) you could use it in.

Since there are obviously many, many useful phrases out there, we will probably come out with future blog posts with even more useful words and phrases.

If you have any questions or comments, please run them by us in the comments section!

To be inclined toward something. To be likely to behave a certain way.

For example: Distracted students tend to get bad grades. OR Talented employees tend to get recruited by other companies quickly.

Use "tend to" to show a high probability of something happening. It's used to comminicate that something usually happens, but is not a certainty.

Something that is large or difficult to use is cumbersome. Cumbersome is used in a more figurative way in the text above.

For example: Our current hiring practices are too cumbersome. Let's make them streamlined and more efficient.

"Cumbersome" can be used in the workplace to express the idea that something is inefficient.

For example: I think we should provide our employees with better health insurance. After all, we ARE a health care company!

Use "after all" to help prove your point.

Use this phrase to make a generalization in a smooth way in your speech or writing.

For example: Our clients are, generally speaking, from lower income households.

This term should be used to indicate that you are moving from something specific to something more general in content.

In the way that it's used in the text above, "out there" means in use in the real world--that is, not just in theory.

For example: There are many talented employees out there. We don't have to settle for the first candidate that applies for the job.

Use "out there" to help you describe something or someone that is beyond your immediate surroundings.

to come out with

To publish or announce something

Use "come out with" when a company makes its service or product available to the public.

Run [something] by [someone]

For example: You can run your ideas by me after I'm done with my presentation. OR I have some ideas to improve productivity. Can I run them by you when you have a chance?