To deal with the consequences.

Well, I was caught speeding on the highway, so I'll just have to face the music and pay that expensive fine.

Someone or something that is easy or open to attack or criticism.

Their audience is fair game, and I think we should try to get them to see our movie instead.

Someone who is only friends with you when times are good.

Don't worry about breaking up with him. He was only a fair weather friend anyway!

Food so good, you want to lick your fingers to taste it after you’ve eaten.

At the flea market, I got a used couch for only 50 bucks!

Flesh out (your ideas or opinions):

I have a rough idea of the story I'm writing, but I need to flesh it out.

I'm gonna use loud noises to flush the cat out of the closet.

Do the same thing that someone else did already.

Now that we blocked them, they should stop calling us for good.

She french kissed him - it was gross!

Frog in my throat:

To have difficulty speaking because your throat feels dry

I had a frog in my throat during the presentation, and I had to have a drink of water. 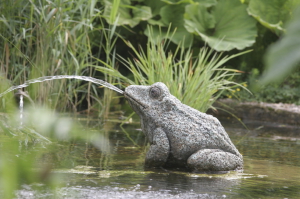 From Rags To Riches:

Someone goes from being poor to being very wealthy.

The lottery winner has a rags to riches story.

To the highest extent possible.

I couldn't sleep last night! My neighbor was playing his stereo at full blast.