One of the hurdles that ESL students face is distinguishing between similar words in English. Sometimes you may feel that words are exact synonyms, but it turns out that they actually have a slightly different meaning. Other times you may know that two words are different, but don't know exactly what the difference is, so you hesitate to use these words in writing and conversation.

That's why we're talking about frequently confused words in today's blog. Below you will see a list of words and their meanings. We'll explain what makes those words different from each other and how you should use them.

We've already addressed frequently confused words on another part of our website, in fact. In our Extra English Help section, you will see something called Appropriate Words sentence completion exercises. These worksheets will help you

learn the slight differences in meaning between similar words. Try to guess the answer and read an explanation to those answers at the bottom of each page! We think these exercises are quite useful! Check them out! 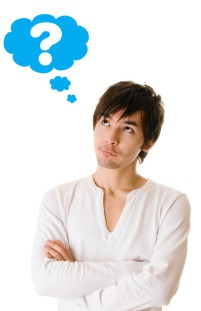 These are two kinds of payments you could get at work.

A salary is usually paid monthly, but expressed as a yearly sum. For example, I get paid $35,000 a year. Typically, professional or white collar workers get paid with salaries

A wage is hourly pay, and it could be paid to the worker daily, weekly, or monthly. Retail workers like cashiers get paid with a wage.

In casual, spoken English, mass and weight are usually used interchangeably. However, there IS a small difference between the two.

The difference between the two words becomes obvious (and important!) once you leave the Earth. In space, astronauts and weightless, but they still have mass. Additionally, an astronaut weighs less on the Moon, but still has the same mass.

These two words sound very similar to each other and are often confused.

The difference is this: An arrogant person thinks he or she is more important than other people. Arrogant people don't listen to other people's thoughts and opinions because they think they are above others. An ignorant person, on the other hand, lacks knowledge or information.

Many people--even native speakers--confuse these two. The difference is all about direction. They are opposites, in fact!

When you suggest something in an indirect way, you are implying.

When you assume something or make an informed guess, you are inferring.

Even though the difference between these two is only one letter, they mean quite different things.

An allusion is a reference to something. For example: the poet made an allusion to Shakespeare.

An illusion is a misinterpretation about an experience. For example, vertical stripes create the illusion that someone is skinnier than they really are.