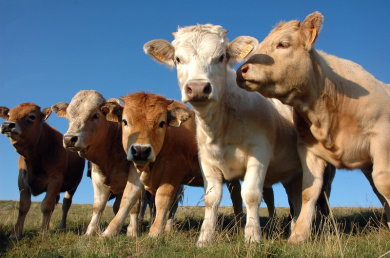 Idioms are essential if you want to develop your English fluency. But don’t fear! We’ll make it easier for you to learn with 13 Fun Animal Idioms. These 13 idioms are used in every day conversations in America and other English speaking countries, so you absolutely need to learn them. Before you begin, bookmark this page and make sure to open and read our other articles!

Butterflies in my stomach

When someone says “It feels like I have butterflies in my stomach!” it means that they feel nervous, anxious or full of love <3.

To describe the highly competitive world we live in, you can say that it’s a dog eat dog world. We often use this idiom in business or other settings where we try to outperform our peers.

Someone who can drink a lot of alcohol can drink like a fish. In other words, your crazy friend who can chug 13 beers at once drinks like a fish!

When people get sick or die one after the other, we say they drop like flies. You’ll hear this term a lot in schools and offices during flu season.

I ate like a pig last night! I fell into a trance and kept smashing chips into my face for 30 minutes. - Someone who eats a ton of food pigs out or eats like a pig. 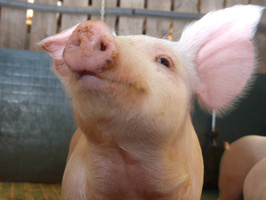 Hold your horses is another way to say hang on or wait. Click here to see an example and image!

Let the cat out of the bag

Someone who just let the cat out of the bag told a secret, probably accidentally.

I told mom you’re pregnant! Sorry for letting the cat out of the bag…

Hey, hey! You’re knocking everything off the counter. You’re running around like a chicken with its head cut off!

Someone who looks lost or wild and disorganized is said to be running around like a chicken with its head cut off.

Quiet as a mouse

Have you ever seen dogs and cats falling from the sky? Of course you haven’t. Raining cats and dogs means it’s raining really hard (strongly).

A left-handed person, such as Josh Shaman, is a southpaw.

Some facts about lefties (another term for left-handed people):

Only about 10% of people are left-handed, but 3 of the last 4 American presidents have been left-handed.

Research has shown that lefties are more creative and better at math, but they also die earlier than righties.

We’ll finish up with another pig idiom. When pigs fly is used to say you’ll never believe or see something. For instance, I’ll believe that you got into Stanford when pigs fly!