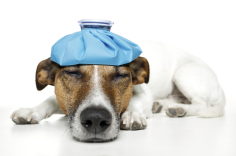 One very important area to focus on if you are an ESL student is medical terminology. If you are experiencing pain or an illness, it is necessary to be as specific as possible so your doctor understands how you are feeling.

This blog post will review some important words that might help you express how you are feeling to others.

In everyday English, it is usually alright to use abdomen and stomach interchangeably to describe the area of your body that is between your hips and chest. However, there is technically a distinction between the two words, and it might be important if you are describing symptoms to somebody.

The stomach is the organ where your food goes after you swallow it. It is a small organ located just under the chest. The abdomen, on the other hand, contains not only the stomach, but other organs as well.

This condition can be confusing because of its name. Heartburn, as its name might suggest, is not a problem with the functioning of the heart. It is actually a digestive problem in which someone feels a painful, burning sensation in their chest.

If you need help with your mental health, both psychologists and psychiatrists might be able to treat you. Since they both deal with mental health, the difference might be confusing at first.

The main difference between the two is that psychologists help with behavioral intervention--like therapy. Psychiatrists, on the other hand, prescribe medication and help their patients in that way.

A neurologist studies and treats problems with the brain and nervous system.

Another name for a doctor

This is another way of saying "broken bone."

Pictures that show what is inside the body. Doctors check if you have broken bones by using an x-ray machine. 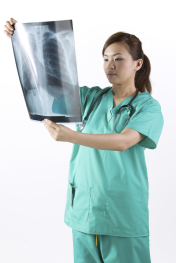 Pictures that show what it looks like inside the body are x-rays.

These three words essentially mean the same thing, but are used differently depending on the situation.

Use "ache" to describe when your head or stomach hurt: "I have a stomach ache."

If your throat hurts, it's proper to say, "I have a sore throat." The term "throat ache" would sound very strange to native speakers and might even confuse them.

Hurts should be used as a verb in most contexts. For example, "My neck hurts" [Not: "My neck pains."]

Use pain as a noun in most contexts. For example, "I feel pain in my lower back."

When you force air out of your lungs with a short, loud sound 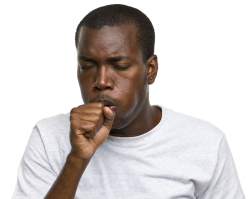 The man is coughing.

3. The ____ prescribed medication for my depression.