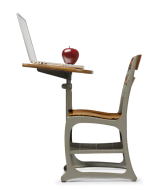 1. Our teacher is very ____. She always scolds us when we misbehave.

3. The chef has prepared an Asian style ___ for us to try tonight.

4. Even though I live in a ____ region, it sometimes gets cold here because my city is high up in the mountains.

7. For dinner tonight, we will go to a _____ restaurant where the chef combines the cuisines from two different cultures.

10. Passengers usually travel around the world on _____, not helicopters.

1. "Hard" is another way of saying difficult, while "strict," on the other hand, is a little more specific. Even though a strict person may be difficult, the word has a much more specific meaning. A strict person is a person who likes discipline and/or wants other people--like students--to behave, making it the correct answer to number 1.

2. Merger and fusion certainly have very similar meanings. In general, both these words mean to mix together or combine. However, in business English, when two companies combine into one, this is called a merger.

3. Plates and dishes are both round things that we put food on. However, when a certain recipe is served, this is also known as a dish, the correct answer to number 3.

4. Even though tropical places are usually warm, they don't necessarily have to be. Some places in the tropics--the area of the globe near the equator--can be cool or cold if they are in the mountains, for example. That is why "tropics" is the correct answer in this context.

5. The important distiction to know for number 5 is that an airplane is a flying machine with wings, while aircraft is the general word for a flying machine. Aircraft include airplanes, helicopters, blimps, hot air balloons, etc. Since this is a sentence about helicopters, "aircraft" is the more appropriate word here.

6. Since this is a sentence about a thing and not a person, the correct word to use is hard. Usually, students refer to exams as either easy or hard. An exam cannot be strict because it doesn't not have desires like a strict person might (although it would be alright to say that an exam had strict rules--like no talking or going to the bathroom).

8. Thanksgiving is a big feast. Usually, there are bowls, plates, spoons, glasses, etc. to wash. When you wash all these things after a meal, it is referred to as "washing the dishes" even though you are washing much more than just dishes.

9. When describing temperature in general--like the temperature of water--you should use the word warm. Tropical is only used to refer to certain area of the globe.

10. This sentence refers specifically to flying machines with wings--airplanes. The sentence would be very confusing if the general word--aircraft--was used because a helicopter is also an aircraft.